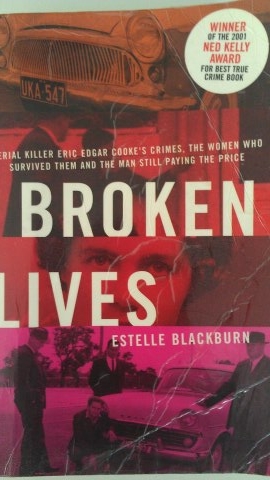 There is one distinct memory of high school that I’ll never forget. The day that I met John Button. When I was 17, I was going through the toughest time in my life and I thought I couldn’t get out of it. But meeting the man whose life story inspired the book ‘Broken Lives’ taught me that we are all in control of our own happiness. 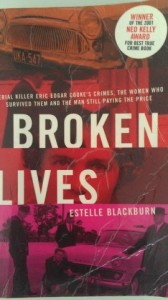 In 1963, John Button was wrongly convicted of the murder of his then-girlfriend, Rosemary Anderson. He spent five years in jail, and for the next 40 years, continued to contest his innocence. But a journalist named Estelle Blackburn helped to re-open his case and finally, have his conviction overturned in 2002.

When I met Mr. Button, it was 2005 and I was in a really dark place. I remember feeling in awe of this man; I was absolutely astounded at his positive attitude towards life. One of my classmates asked if he was angry at the people who wrongly convicted him. But he responded with words that I will never forget:

“I’m not angry. I hear people say so often, ‘That person upset me’. But you CHOOSE whether someone upsets you.”

I didn’t want to live in the past anymore. I decided to make my own happiness instead.

So after having a one-on-one chat with Mr. Button, he signed my book with a message, addressed to my English name:

“To Kim. Thank you for being brave. John Button” 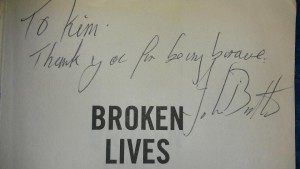 Now, I am 24 and happily married with 3 beautiful children. I have recently discovered that I want to be a writer, so now I’m doing all I can to pursue that dream. But I believe my life didn’t go this way because of luck; it was because I made the choice to be happy.

Even though it is easier said than done; try your best not to dwell on the past, spend too much time wondering about the what ifs, or let the things people say or do affect you too much. Your own happiness is dependent on your own choices. So start choosing to be happy today.

9 thoughts on “Being Happy is a Choice”