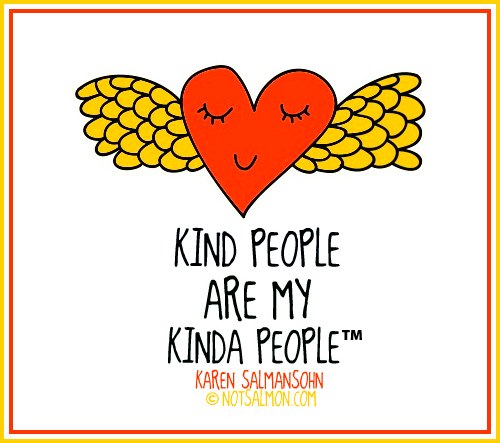 Everyday, we are given the opportunity to be kind to others. What we say or do, and how we go about it; could determine the way we make someone feel. Two months ago, I reached my heart out to a very dear friend of mine, and it only brought our friendship closer.

Having sympathy for others

One Thursday morning, both of us were doing the school runs. I frowned as I noticed her behaviour was a little bit off; she seemed quiet and distant. She told me that she wasn’t feeling very well. I sympathised with her; it wasn’t easy being a stay at home mother when we both had 3 children each. I wished her well and hoped she would feel better by the afternoon.

Being a true friend

Come afternoon and she appeared emotionally and physically worse. She’d been vomiting, and could barely stand. I was getting incredibly worried; I’d never seen her this unwell. For a friend I’d only known 7 months, we’d been through a lot. She’d driven me to my daughter’s appointments when my car was having issues, rubbed vinegar onto my foot when mosquitoes targeted me, and braved the rain to get my daughter so I wouldn’t have to.

Kindness is a two-way street

Knowing how good of a friend she’d been to me, I offered to look after her 3 kids (along with my own 3) while she rested up for however long she wanted. She didn’t want to burden me, but I told her that I wanted to.

So there I was, looking after a 1, 3, 4, 5, 6 and 7 year old, as she took the rest she needed. I cut up the children’s snacks, disciplined them when they were naughty, and was on stand-by for when she needed me.

Putting someone else first

As the hours passed by, her condition wasn’t better. I messaged my husband, Lawrence, and told him that I was too worried about her; I wouldn’t come home until I knew she was okay. He decided to catch a bus straight from work to her house. While her husband was working afternoon shift, we took care of everything. We played with the kids, fed them dinner and got them ready for bed.

It was a long night. But worth it when she later said to me: “You and Lawrence are such good friends. Thank you… I don’t know what I would’ve done if you both hadn’t been there.”

Being kind to others

Sometimes the small things we do for others, mean a LOT. Sometimes the smile you give to others could brighten up their day. Sometimes being empathetic and less judgemental, could change someone’s life.

Each of us is so capable of brightening up someone else’s life…. And it all starts with these little acts of kindness.

Karen Salmansohn is on a mission to stop the trend of bullying and make kindness trendy. You can find out more about her mission on Karen’s Happy Kid’s page on her site www.notsalmon.com  Plus, you can join Karen’s Kindness mission by becoming a Kindness Rockstar Ambassador – just click here: http://bit.ly/RSEwjZ

This post won a contest run by Karen Salmansohn, who is an Oprah Columnist.

4 thoughts on “Kind People Are My Kinda People”