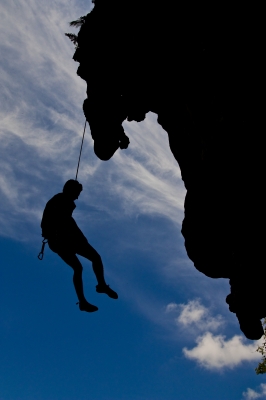 A friend of mine once said that I was the most positive person they knew. As positive as I am though, even I have my down days. I’ve had some ups and downs recently, both in my personal and professional life. These challenges have affected my self-esteem, my confidence, and even my positive attitude. I’ve been feeling a bit low because things aren’t quite where I want them to be. But I know that progress takes time.

When I was ten years old, I was studying Italian as one of my subjects. I vividly recall a test that I took where my teacher pulled me aside afterwards just to discuss my answers. He pointed to several blank spots that showed markings from answers I’d cross out. He pointed to one of the blank responses and said, “This was right. Why did you cross it out?” Being a ten year old, I thought my crossing out simply had to do with my indecisiveness. As a 25 year old now, I understand now that I was simply scared to fail.

At the time, I was so scared of being wrong, I’d rather not try at all. But after being told that crossing out my answers had resulted in several missed marks, I decided that my approach to life would change. Even though I was still a young ten year old, I was very emotionally self-aware. I promised myself that I’d always giving everything a shot. Even if I was scared. Even if I was frightened of failure or rejection. From then on, I never ever left a blank spot in an assignment, in a test, or in an exam. And my results showed that my attitude had made a massive difference to what I could achieve.

For instance, a person tries to lose weight and everything is going well. Their weight is going down and they’re feeling incredibly pleased with themselves. But then, one day, they hop back onto the scales and the numbers have gone up instead of down. They wrongly believe that one mistake means they’re heading in the wrong direction.

But who says that this so-called ‘lapse’ in our progress has to equate to a ‘relapse’? Who says that ups and downs aren’t normal parts of progress? 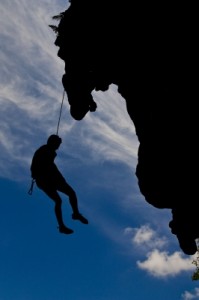 What if these bumps in the road can be a good thing? What if these challenges are what we need to test us, to show us how badly we want something, to help us become the best person that we can possibly be?

As a freelance writer, there are days where I get caught up in my disappointment at not yet being published in print.

There are days where I wonder why my pitching efforts to Huffington Post are still being rejected, why some publications are publishing the work of my fellow writers but not mine, why some of my work is being published on major news sites but never again.

But then I tell myself that this is all part of my journey. And it’s a very important part indeed.

I know I’ve achieved a lot in such a short amount of time.
I know it’s been hard work juggling three young kids and my career.
I know that my future can still be whatever I want it to be.
I know that I shouldn’t give up, just because things are getting hard.

Rather than feeling down about where you’re not, you should praise yourself for how far you’ve come already.

And remind yourself that success never happens in a straight line.

Success happens when you work hard at something, and let the challenges build you up rather than tear you down.

A lot of aspects in my life may not be exactly where I want them to be right now, but that doesn’t mean they can’t be some day.

I know that progress takes time.

And I know that by hanging in there and not giving up, I am capable of achieving whatever it is that I want to achieve.