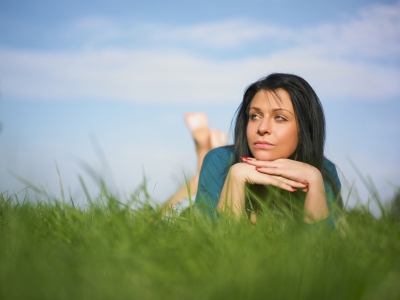 I’ve always known I was different. I was the sort of 15 year old who ran twenty-five websites in her spare time, the 16 year old who’d spend hours giving her 22 year old friend relationship advice, and the 17 year old who already knew a lot about marriage. I may have been the typical teenager who talked about boys and make-up, but I knew there was more to life than that.

You see, when I was 17, my high school teacher posed a very serious question to us. We were studying the topic of love and relationships, and he went around the class asking for our opinion on a question he had in mind.

He asked: “If you were married and your husband/wife cheated on you, would you leave straight away?”

As we went around the room, the answers were a resounding “YES!”. There was no doubt in my classmates’ minds what they would do in that given situation.

But the attention turned to me. I paused.

My teacher nodded and smiled at me. As a married man with children, that was the answer he was looking for. He knew I could see things beyond black and white.

In my short 24 years on Earth, I have come across many different types of people. The young and the old; the confident and the insecure; those who have had a rather sheltered life, as opposed to those who have seen the world all over. As a result, I am a very open-minded person and I don’t easily judge.

It’s so easy for an outsider to look in on a situation and say, “What are you doing? That’s not the right decision to make!”, when they are not going through the experience themselves. It’s so easy to want to add our 2 cents in, without letting the person make the decision on their own.

The reality is that life doesn’t come with an instruction manual. Sometimes we make mistakes we never believed we’d make. Sometimes the life we have planned for ourselves goes off course. Sometimes life becomes more complicated than we thought it’d ever become. Sometimes we thought we were happy, but then we realise that we aren’t.

The world is not just black and white

It’s not as simple as saying, “How can you move on so quickly when your last relationship was 10 years?”, “Why would you want to get married when you’re only 20?” or “How can you leave him when you have children together?” Life just isn’t as simple as that.

We are not always going to agree with the decisions our family and friends make, but we need to respect that it is their decision to make.

With the bullying epidemic that is evident in the world, it is sad to see so many children, teenagers and even adults; being taunted for wanting to be who they truly are. It is horrible to see that so many people are afraid to live life the way they want, in fear of being judged. It is devastating to know that this judgement can drive so many people to suicide.

Learn to value each other’s differences

We need to be open-minded, and open our hearts to each other. Nothing is more beautiful than showing another person empathy and compassion, as opposed to judgement and criticism.

We need to value each other’s differences and learn from one another, not tear each other down.

“Don’t judge someone until you’ve walked a mile in their shoes.”

No comments yet
“Don’t judge someone until you’ve walked a mile in their shoes.” black and white How To Be Less Judgemental How To Be More Empathetic How To Be More Open-Minded judgmental people The World is Not Just Black and White