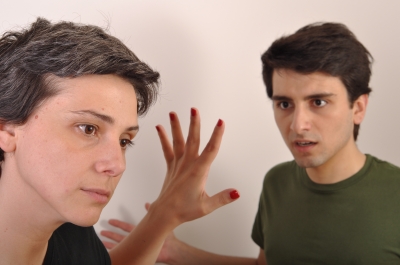 I’m not an angry person. Emotional, yes. Angry, no. If something upsets me; I might feel hurt, I might even cry if I feel that bad. But recently, something absolutely infuriated me. You probably know by now that I got married and had children quite young. I don’t regret any of my decisions for a second. But over the last 6 years that I have been a mother, I have endured some of the snarkiest comments a person could ever hear. I’ve been subjected to absolute ignorance and disrespect. Yesterday wasn’t any different – someone had a go at me for conceiving my first child out of wedlock. Despite the years of judgement that I have faced, I’ve continued to hold my head up high because I know, regardless of what anyone else thinks, this is my life to live. 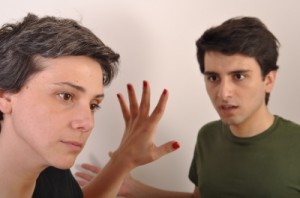 I’ve always known I was different

I was never really a crazy child. I didn’t touch drugs, I didn’t smoke. I did drink here and there, but never to extreme excess. When I was 15, I chose to spend my lunchtime photocopying pages from IT magazines in the library, because I wanted to further my knowledge of web design. I would enjoy talking to substitute teachers more than I would my closest friends. It bored me to talk about make-up; I wanted to talk about the Schapelle Corby drug bust instead.

I was certainly different to my peers.

So when I met my husband at aged 17, it felt right to talk about marriage and children right away. It took me only one month to know that he was The One for me. We spent almost every day together. Sometimes we would watch funny videos on YouTube, go to the arcade to play games, sing karaoke, or just sit in his car eating McDonald’s at midnight. Our idea of a ‘party’ was going to a friend’s house for a quiet get-together, sitting in a circle eating chicken nuggets and sharing a cheap bottle of alcohol. It was so quiet the neighbours wouldn’t have even known there was a party going on.

Both of us knew there was more to life than just partying. We wanted more than that. We wanted to settle down.

So when we had our first child at 18, we were elated. Even though it was unplanned at the time, we knew the day was inevitable. It was what we had always wanted. However, we just couldn’t afford to get married back then, so we decided to wait until we could.

Because we were young and unmarried, the judgements came pouring in. One of the worst comments came from my closest friend at the time. I used to spend hours giving her advice, hug her whenever she felt down, care for her when nobody else did. But despite how much I had supported her for the past five years, she had the nerve to say to me:

“I’m not the one who got pregnant and dropped out of university. That’s okay, the rest of us are going to be lapping it up…”

Despite the fact that Lawrence and I hadn’t planned on it, we were so happy that our lives had turned out that way. I was proud to stay at home and to be there for our daughter.

Over the next few years, the comments were just as judgemental:

“Why aren’t you two married? You live together, you have a child.. It’s a bit weird..”
“I know you guys only got married because of Alisha.”
“Weren’t you scared that he would leave you?”

But we didn’t let the judgements get to us. We went on living our lives, eventually getting married and having three beautiful children. 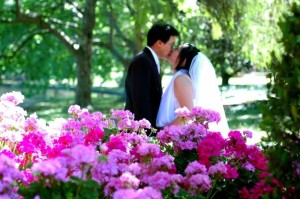 The day I married my best friend and soul mate

This is your life

Even now, as a 24 year old, if I go on a walk with my 2, 4 and 6 year old, I get dirty looks. Even now, when other mothers notice me at the park, they ask me if I even wanted to have my children. Even now, when we go out as a happy family of five, people stare at us in disgrace.

Even now, people try to force me to justify why someone would willingly choose to live a life of nappies, crying, sleepless nights at such a young age; when they could be out partying with their friends.

For me, it’s an easy choice to make. 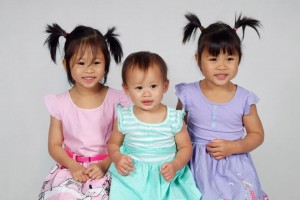 My three children who make me proud to be a mother

But ultimately, this is your life to live.

I’m not saying be reckless and be oblivious to all the consequences. What I am saying, however, is don’t let those ignorant and uneducated minds make you feel worthless. Don’t let society determine the way you choose to live your life.

Don’t let your happiness be dependent on what others think of you and how you live your life.

It is only you that is living this life.

Thuy Yau is a freelance writer and Youth Work graduate living in Perth, Australia. She loves to share her own personal experiences about overcoming adversity, as she believes that human beings are more capable than they realise. She writes to make a positive difference in the world and to inspire others to learn from themselves and their own experiences. Her writing has been discussed on radio, won writing contests, appeared on The Huffington Post UK and major Australian sites such as news.com.au, SMH, Kidspot and Essential Kids. She is currently on hiatus from freelance writing. However, she juggles full-time work in the community services sector, whilst writing her first book.

Hi there! My name is Thuy and I love to help others. Whether it be through my writing, my day-to-day conversations, or my work with young people, I find fulfillment and meaning through adding value to others’ lives. I have been happily married for 10 years, have 3 children, and believe in protecting the rights of all children. Adversity has helped to shape who I am today.