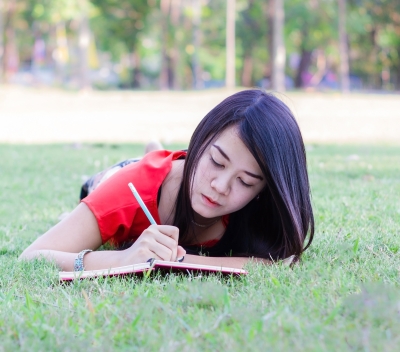 When I was a young child, I used to spend a lot of time with one of my older cousins. We shared a love of music and reading, and she was always ready to educate me on different areas of life. We were watching the now-defunct TV show ‘Video Hits’ when the words ‘debut’ hit the screen. I was an inquisitive 10 year old so I asked her what the word meant. Rather than giving away the answer, she said, “What do you think it means?” Our conversation continued for at least another 10 minutes. At the time, I felt frustrated that she wouldn’t just tell me the answer. Now, as a 25 year old, I understand she was giving me the opportunity to try.

Being an independent teenager

When I moved onto high school, I would often argue with my friends over my refusal to help them with their English homework. They couldn’t be bothered doing it themselves, so they demanded that I give them the answers. Although English was my best subject, I felt uneasy just giving away answers that I’d worked hard on. That I’d answered despite thinking the questions were quite difficult. I felt that my friends should be making an attempt first – much like I had. I didn’t believe that stealing someone else’s hard work taught you anything at all.

When my friends used to criticise me for not giving them the answers, I knew it didn’t sit quite right with me. But being a 17 year old, I couldn’t pinpoint why. I can now. 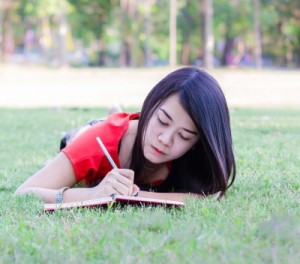 If you let others do the work for you, you learn nothing.
If you ask for help when you haven’t tried first, you’re not learning how to problem solve.

But if you’ve tried, made your attempt, and are still struggling – that’s when it’s time to ask for help. And it’s absolutely okay to ask for help – it’s part of the learning process.

I think, essentially, it comes down to how much a person believes in themselves – their confidence levels and self-esteem.

I spent most of my childhood struggling with my self-esteem due to personal reasons. But I discovered that the more I took risks, the more I challenged myself, the more I tried doing new things on my own – the more my confidence levels grew.

If you make those attempts on your own, if you try things for yourself – you will realise that you are capable. You will gain a sense of satisfaction knowing that you could do what you thought you couldn’t.

I honestly believe that one of the most rewarding feelings in the world is accomplishing goals you once thought you couldn’t.

So, if you want to further yourself, challenge yourself, reach your fullest potential – then give things a shot first. Be willing to try before asking for help.

If it turns out that your answers were “wrong”, then that doesn’t matter.

All that matters is that you were courageous enough to try.