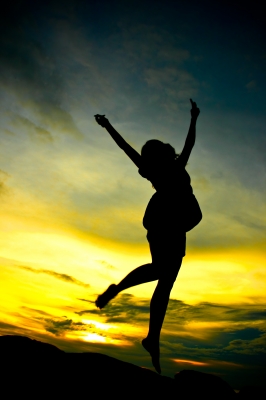 Every month, I look forward to a certain night. This special night always involves some conversation, a lot of driving, and plenty of noise. It’s a night that means a lot to me, because it brings me back to the days when I first met my husband. Yesterday, I almost passed up the chance for that night.

Where the love began

It was 2006. I was 17. I’d joined a car club for the Silvia car series, because both my brothers owned one each. I’d grown to appreciate the beauty and sound of them. I happened to come across a friendly guy about my age, who owned one himself and we got chatting on the car forums. He happened to know one of my school friends, so he asked me if I was interested in checking out some more cars. So there we were, after a 10 minute friendship, sitting in his car driving to my first ever SilviaWA Car Cruise.

I found out that night that these ‘car cruises’, were held the first Wednesday of every month. Car enthusiasts got together to chat about their Silvia rides, mingle a little, and cruise the streets of Perth using a specially-written map. I spent the night in complete awe of the Japanese imported cars and met a few people along the way. 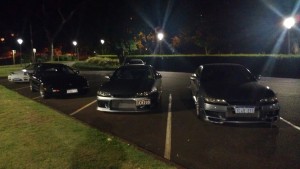 Keeping up a tradition

I ended up falling in love with this ‘friendly guy’ and we started a relationship. Over the next few months, we continued to attend these car cruises, it was almost a special ‘tradition’ that was sacred between the two of us.

But life got busy, I was working hard on my Psychology degree, and we both had trouble finding the time any more. We chose to stop going.

So six years passed, we hadn’t been on a car cruise in such a long time. We’d been busy getting married and spending time with our 3 beautiful children.

But near the end of 2012, we started going to these cruises again. We went back to where it all started. It was incredible – being able to feel like yourself again, being able to do something for yourself, being able to have something to look forward to.

But in November 2012, I’d been working hard on my writing and was determined to have my eBook published. It was difficult juggling 3 children and a writing career. I knew a late night would do me no good.

So on the first Wednesday of November, we didn’t go. We did the responsible thing; stayed at home and did what we had to do. We did, however, end up returning the next month.

But when February hit, life was just as busy. If not, even more. We tossed and turned. Should we spend a late night out when we have to do the school run the next day? Should we go out when I could be writing? Should we just forget something as ‘unimportant’ as a car cruise, to do something more ‘important’?

Doing something for ourselves

So what did we decide? We decided to go to the cruise. I told my husband, “I know we’ve been working hard, I know we need the money.. But this is the ONE thing in our life that we ever look forward to.. We deserve to have this one night…” He agreed.

Why you need something to look forward to

When a person has something to look forward to, they feel a sense of purpose, they have motivation to move forward. Knowing that the reward is there, is an incentive to keep going. 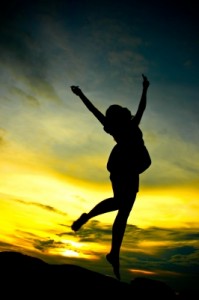 When you’re stuck in a rut, life can become boring and repetitive. It can feel like it’s not getting anywhere. It might feel this way if all your hours are spent being a parent, spent working, or spent studying. It feels like time has just disappeared and you have no idea where it’s all gone.

But you need to spend those moments doing something for yourself. Have that warm, relaxing bath after you put the kids to bed, go on that trip interstate whenever you’re on work leave, play that computer game every day just to unwind. It doesn’t have to be something earth-shattering to provide motivation. It can be simple things that encourage you to keep going.

Remember this: you deserve to think about yourself. You deserve to reward yourself for all the hard work that you do.

So make sure you have something to look forward to, no matter how big or small it is.