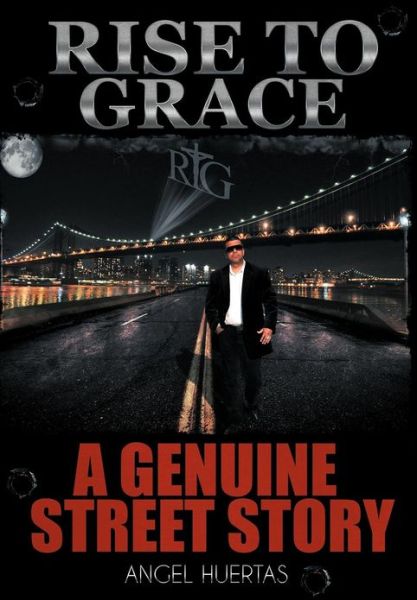 My six year old daughter once taught me a lesson in forgiveness. During a day at school, she’d made some lovely artwork. She’d proudly waved it in front of me, excited to show her father when he got home. But within seconds of showing me, her classmate randomly came along and defaced it. The boy did this right in front of me, one of his parents and other school parents too. My daughter was bawling her eyes out and shouting, “I’ll never get to show Daddy now!” As she cried, the boy refused to apologise and his parent didn’t seem too fazed at his behaviour. I, however, was enraged. I was disgusted that a child like that was in my daughter’s class. But surprisingly, the events that followed opened my eyes to forgiveness, and also made me smile at how I was raising my daughter.

I’ve never been much of a believer when it comes to equating age with wisdom. I don’t believe that age necessarily dictates a person’s maturity levels, their intelligence, their ability to respond sensibly and responsibly to life situations. I believe that wisdom comes from life experience.

As a mother of three, I’ve realised that parenting isn’t just about teaching my kids about life, but about learning through them.

The day that my daughter’s artwork was ruined, she cried non-stop. She cried during the drive home. She cried during dinner. She cried right before bed. I tried my best to console her. I told her that everything would be okay. I hugged her tightly and wiped the tears from her face. 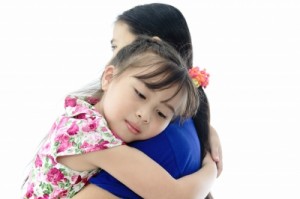 But my words were meaningless to her: she wanted her pretty artwork back, she wanted to know why her friend could do such an awful thing.

The reality is, I don’t know why the boy did such a thing. I don’t know why his parent watched on and hardly said a word. But I do know that my daughter is the reason why I’m proud to be a mother.

She didn’t do any of those things. She accepted his apology and his artwork replacement. She smiled as she showed me what he’d given her as his way of saying sorry. It was almost like nothing had happened.

My six year old chose not to hang onto that anger. She chose not to let it consume her. She knew that sometimes people make mistakes and it was our responsibility to forgive them.

Watching her respond in such a way made me proud of how I was raising her, but it also demonstrated to me that no matter how young a person is, you can still learn so much about life from them. You can learn about forgiveness, compassion, empathy, kindness.

A person’s age does not determine whether or not they have important lessons to share.

I also believe that everyone has a story to tell.

I’ll be honest, I’ve practically lived my life as a saint. I’ve never smoked a cigarette or touched any illegal drugs. My teenage years were pretty peaceful; I was far from a ‘party animal’.

But after reading the memoir, ‘Rise to Grace‘ by Angel Huertas, I realised I knew even less about life than I originally thought. I couldn’t put the book down; it was so heartfelt, honest and inspiring. I was in tears by the time I’d reached the last page. In his book, Huertas writes about the impact of his father’s absence, what life was like living in poverty, and how he turned to a life of crime and drugs on the streets of Brooklyn to validate his self-worth and power. 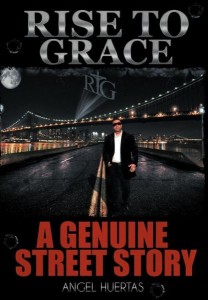 Although his childhood was far removed from the one I had, I could still relate to many themes within the book. For example, the theme of friendship: how many people will come and go, but the real friends will stay with you for life. Themes of trust, loyalty and forgiveness: all things that each of us values, no matter where we’re from.

Huertas’ book also reinforced the idea that no matter how negative your circumstances were, you have the power to change your future.

“We’re all shaped by the families we’re born into and where we come from. We can wallow in that or we can take from it enough fear, or courage, or determination, or whatever to hold on to whatever was good and never look back on what was bad.”

But most importantly of all, Huertas opened my eyes and also my heart. He delved into his own tragic childhood to help me see that the world isn’t as simple as black and white. That we shouldn’t write people off as ‘bad’ without really getting to know them. That we shouldn’t let stereotypes dictate who that person really is and who they could be.

Huertas says it eloquently in ‘Rise to Grace’:

“There’s a lot of shades of gray out there in the world. A lot of people that seem to be “good guys” – leaders in business, some ministers and priests, doctors, lawyers, cops – who aren’t good at all. They do a lot of bad things and hurt a lot of people. And there’s a lot of guys who look like “bad guys” – gangbangers, drug deals, single moms turning tricks, bikers – who got good hearts; who, in spite of the shit they’re involved in, try to do the right thing when they can.”

Huertas eventually walked away from his life of drugs and crime, choosing to put an end to that chapter of his life. He attended countless job interviews, was knocked back multiple times, but refused to stop trying. His determination eventually paid off.

Now he’s a hard worker living a honest life, with a loving wife and two sons; and he’s telling his story to help the youth of today.

If no-one had been willing to give him a chance, he would have never known that he could make such a positive difference.

Learning from other people

It’s often said that “knowledge is power” and I wholeheartedly agree with that statement.

I believe that everyone we come across, no matter what age, what sex, what culture, what religion, what background – has the potential to teach us something. Maybe the lesson they’ll teach us will be about life, maybe it’ll be about ourselves. Maybe the lesson will help us to grow as people and strive towards making a better contribution to society.

So, don’t dismiss someone’s opinion, perspective or advice, without thinking long and hard about it.

If we are all open to the opportunity of learning and personal growth, then our lives will surely benefit from it.

As will the lives of those around us.

6 Replies to “Learning from Other People”