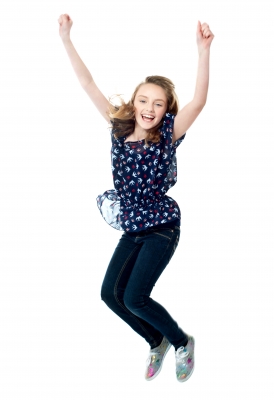 I’ve learned a lot about myself since becoming a mother. I’ve learned even more about life. You see, I have 3 young children – a 2, 4 and 6 year old. All of them have a speech and language delay. And it’s been tough on me; emotionally, mentally and physically. But in my six years of parenting, I’ve never given up. It’s been a reciprocal relationship – as I’ve taught them how to speak, they’ve taught me a lot about life. And it was two days ago that I learned another great lesson. 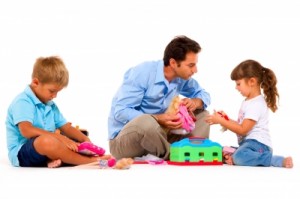 On Wednesday, I had a Speech Pathology appointment for my youngest daughter, Amelia (20 months old). It’s always standard routine to get her settled and then to discuss the progress she’d had since the last appointment. I sighed. I believed she’d been making such little progress, what with all the grunting, the pointing, the frustration she expressed when she couldn’t say the right words.

But I was determined to show the Speech Pathologist some positive to what Amelia had achieved. So I went searching for my mobile phone. I opened a file I’d specifically named, ‘Mellie words’. Since the last appointment in November, I’d been jotting down words that she’d been saying. I’d separated them into two categories, ‘Regular’ and ‘Once’.

As I read word by word, down the list, I felt a sense of pride. I realised my little baby, despite her incomplete attempts to communicate, had still been successful at other times. Maybe Amelia wasn’t doing as bad as I’d thought.

“Every time you asked us how many words Amelia could say, I didn’t want to overestimate.. I didn’t want to claim that she was doing better than she was… So if she said something, but we weren’t sure.. we wouldn’t count it… But I found that once I ‘believed’ that she was saying whatever word it was, it actually led her to say the word again..”

And the friendly woman agreed that my theory was indeed, correct.

“A lot of parents do what you guys did in the beginning, but in the end, they find that their child says a lot more words than they first believed…”

When my husband and I were slightly uncertain whether Amelia’s ‘b’ for bottle was her attempt at communication, her ‘ja’ for jump was her own version of the word; our attitude became the determinant of her progress. It was as if our pre-conceptions of failure had actually caused the ‘failure’.

When we had faith that her sounds were, indeed, her own form of communication; we were positive, encouraging and motivating. We jumped for joy with her and smiled at her efforts. And with this, we were doing repetition that enhanced her learning and eventually led her to repeat the words, over and over again. Although she is still quite behind for her age, she is definitely heading in the right direction.

It was all about our attitude towards the situation. The self-fulfilling prophecy that we had.

When a person has a self-fulfilling prophecy about the future, whether positive or negative, it can severely influence the outcome. When you believe that you will fail a test, you might actually stop studying altogether, which then results in a failure. But if you had believed more in your possibilities, the outcome may have been different.

You are what you believe you are 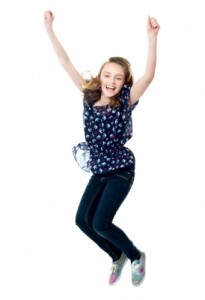 A positive attitude may not guarantee our success. But when we believe that we can achieve a goal – when we truly believe in ourselves – we increase our chances simply because we feel more motivated to reach them.

It may be easier said than done, but we need to believe that we are capable. That we are deserving of success and happiness. That there is a world out there that requires us to live to the best of our abilities.

You are what you believe you are.